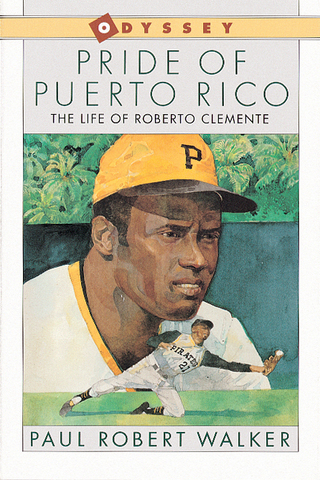 PRIDE OF PUERTO RICO: The Life of Roberto Clemente 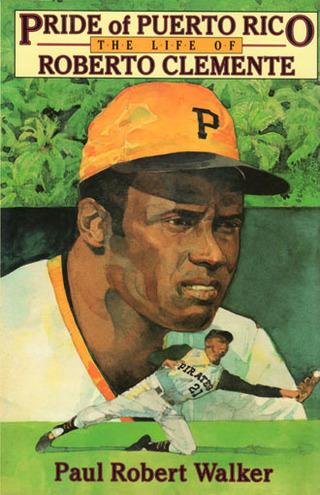 This biography of Roberto Clemente is full of baseball and humanity. . . . Roberto's love for Puerto Rico, his desire that black and Latin American players achieve the same status and respect as white players, and his concern for underprivileged people are strong themes. . . . Baseball fans will welcome this book because of the fast-paced action, but the temper of the man and his concern for human beings will leave a lasting impression on the young reader. —Horn Book

Walker's well-researched biography weaves statistics among family anecdotes and reconstructed conversations, making the text read quickly. . . . Roberto Clemente, by all accounts, was an extraordinary individual . . . a humanitarian whose example-setting good will is documented through touching episodes. —Booklist

Millions of boys play baseball, and several thousand of them go on to become major league players. About two hundred even make it to the Baseball Hall of Fame. But only rarely does a player's life reach beyond the white lines of the baseball diamond. Among this select group are Babe Ruth, Jackie Robinson, Lou Gehrig—and the great right-fielder of the Pittsburgh Pirates, Roberto Clemente.

Like Babe Ruth, Clemente made the long journey from sandlot baseball to the major leagues. He learned the game on a muddy field in Puerto Rico, with a tree branch for a bat.

Like Jackie Robinson, Clemente battled prejudice in the major leagues. He was a black man and also a Latin.

And tragically, like Lou Gehrig, Clemente died at the peak of his career. He got his 3000th major-league hit at the end of the 1972 season, but hit number 3001 never came. On New Year's Eve, 1972, Roberto Clemente died in a plane crash, flying to take relief supplies to the victims of an earthquake in Nicaragua.

Roberto Clemente was a man of pride: pride in his family, pride in his ability to play baseball, and pride in his native Puerto Rico. Clemente's achievements both on the field and off make his story one of particular distinction for all young sports fans.