About the American Profiles Series

American Profiles was the first series of its kind designed with the needs of middle school and high school students in mind. The reference value of every book is enhanced by the inclusion of chronologies, further reading lists, a complete index, and a concise introduction to the general subject of the book. The series presents a wealth of useful information on important Americans and their achievements in all fields of endeavor.

GREAT FIGURES OF THE WILD WEST 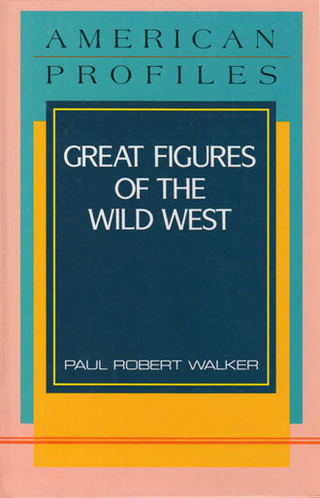 The Wild West was created by the combination of a particular place, time, and state of mind. It was the land west of the Mississippi, the time following the California gold rush, and a life that, while tough and violent, was filled with freedom and opportunity. The adventurous spirit of the Wild West has always drawn fascination—first through dime novels and Wild West shows, more recently, in movies and miniseries. While these portrayals have typically been dramatic and enticing, they have often been misleading or outright falsities. As this book eloquently demonstrates, the true stories of the Wild West are as exciting and often more interesting than their less factual counterparts.