The Monkey and the Man

WILD LOVE and other sensual poems from the Ancient Greek • Suitable for Quoting, Flirting, and Tantalizing 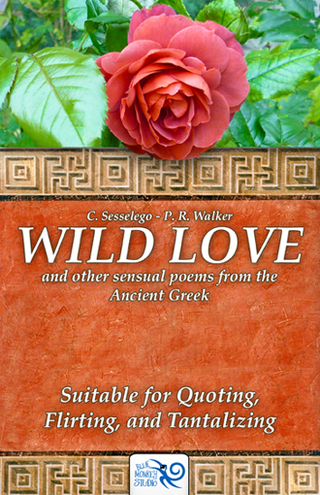 Poetry is the language of love, and no poets approached their subject with more passion, power, and unfettered abandon than the poets of ancient Greece. There is a wonderful freshness to their vision, for they were the first in the western world to make the great leap from epic verse, written to honor gods and great heroes, to a more personal lyric poetry, written to woo the beloved and unlock the mysteries of Love itself. Their love poetry—selected and presented here in new, accessible English translations—has a raw sensuality mixed with tender subtlety that reflects a land where gods and goddesses lusted and loved with the same wild abandon as did the humans who worshipped them. This is love without judgment, love without rules. This is love because love and only love can sustain the lover’s life.

Introducing my good friend and collaborator, Corrado Sesselego, the true artistic force behind this delightful book.

C. SESSELEGO is a classical scholar, translator, and cultural activist, who has led numerous Italian and international projects bringing literature into educational and civic settings. He is a cofounder of Blue Monkey Studio, a collaborative firm created in 2010, dedicated to cultural and literary research, art, illustration, graphic design, new media and publishing services. Sesselego graduated with a laurea in Classics, cum laude, from the University of Genoa, with a focus on ancient Greek theater, and went on to postgraduate work in Classics at the University of Birmingham, focusing on royalty, justice, and warfare in ancient Greece, with comparative studies of Greek literature, language, and mythology. He taught at the University of Pavia and served as an Associate Professor at the University of Bucharest. For more than 15 years, Sesselego carried out long-term projects financed by the EU, in the fields of education and culture, social affairs, and cultural innovation promoting international cooperation. He has designed, developed and carried out training courses for foreign authorities under the Memorandum of Understanding between Italy, Poland, Romania and Malta, promoted by CIDE (Centro Nazionale di Informazione e Documentazione Europea).