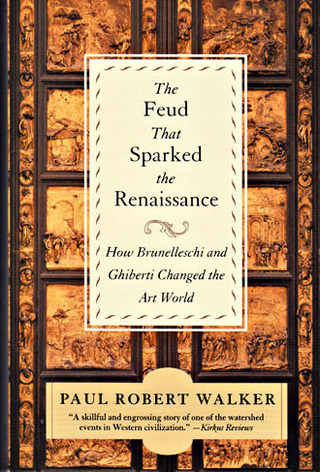 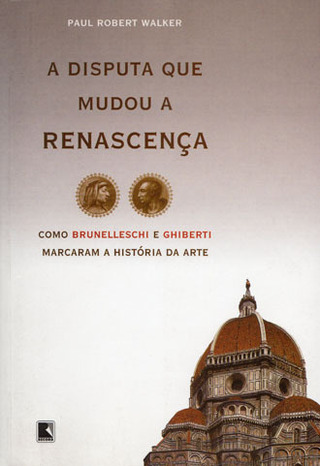 Brazilian edition — How cool is that?

I just finished your book, The Feud That Sparked the Renaissance. You are no less a Genius - with a capital G - than the two artists you write about, and what a beautiful tribute to them and those surrounding them. Thank you, Ed Foster

If I wrote a book, I would love to know how much it was appreciated. I just finished reading The Feud That Sparked the Renaissance for the second time. Your Prologue brought tears to my eyes. I love passion in people, and I could see yours. I read it first perhaps 5 years ago, and, having fallen more and more in love every time I visit Florence, I was amazed how much more I got from this re-reading. --Di, Australia

It was such a disappointing afternoon for me because I just finished reading your book. Let me explain... "disappointing" because the story is so fascinating, and your telling of the story is so engaging, I did not want it to end....I am a docent at Grace Cathedral in San Francisco, which has an exact copy of the Ghiberti doors (one of three in the world).
--Jay Ingwaldson

THE FEUD THAT SPARKED THE RENAISSANCE:
How Brunelleschi and Ghiberti Changed the Art World 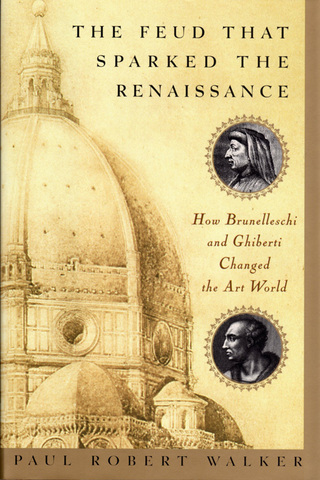 A convincing account of one of the defining moments in art and history.
—Kirkus Reviews

His newest work is sure to bring such sheer pleasure to people interested in history, architecture and art that many of them will regard the book itself as a work of art.
—Alan Prince, BookPage

Using an estimable cache of documentary materials and a supporting cast that includes the sculptor Donatello and the painter Masaccio, Walker makes a fine circumstantial case for an artistic feud.
—Library Journal

The story begins in the waning days of the fourteenth century, the Trecento, a time when the masters were young, full of dreams and promise, and Florence herself—already old and storied—stood at a crossroads, not only in Italy but in the history of the western world, a crossroads that could only lead in one of two directions: destruction or rebirth.

The competition began with the creation of the doors for the church of St. John the Baptist. Lorenzo Ghiberti, a young, unknown, and inexperienced painter, produced an elegant panel cast almost entirely in a single sheet of bronze. Filippo Brunelleschi, a local goldsmith, designed a far more dramatic and expressive panel that also drew considerable attention. The contest was so close that it divided the city—perhaps there was even a tie—but Ghiberti made the doors, and Brunelleschi was forced to rethink his path. He recast himself in a new image that would lead him to rediscover the laws of perspective and reinvent the role of the architect.

Fifteen years later, the two artists faced off again in the contest to design the dome of the cathedral of Santa Maria del Fiore. After over a century of planning and work, the enormous structure was nearing completion—except for a gaping hole where the great cupola would have to be built. It was to be the widest, heaviest, and highest dome ever constructed and while no one doubted that it could be made, the question was who could rise to the challenge. This time, the wealthy patrons turned to Brunelleschi. His ingenious designs gained him the most important commission in the history of Florence, crowning the cathedral with a dome of such magnificence and beauty that it has become one of the most enduring symbols of the Renaissance.

In this lush, imaginative history—a fascinating true story of artistic genius and personal triumph—Paul Robert Walker breathes life into two talented, passionate artists and the competitive drive that united and divided them. As it illuminates the drama surrounding the birth of a new artistic vision, the story also introduces other fascinating individuals from Donatello and Masaccio to Cosimo de’ Medici and Leon Battista Alberti. The Feud That Sparked the Renaissance offers a glorious tour of 15th-century Florence, a bustling city on the verge of greatness in a time of flourishing creativity, rivalry, and genius. 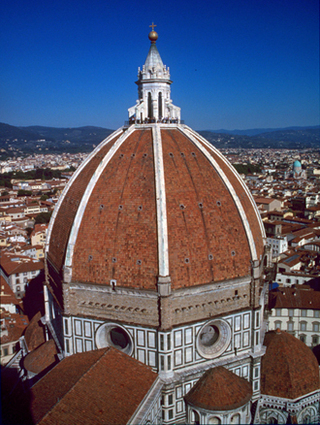