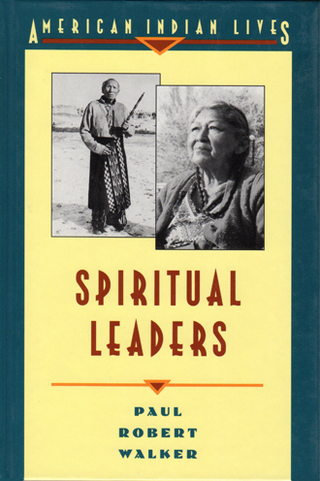 [A] compelling volume, introducing 13 individuals who were at the center of the American Indian religious experience. . . . Walker’s introductory overview of Indian spirituality gets the book off to an especially good start, and the individual profiles are well written and often refer to one another.
—Booklist

Walker has done an excellent job with his subjects. He sets the tone for the biographical sketches in a sensitive and perceptive introduction in which he explains why little has been written about these people until recently. . . . All in all a very solid book with black and white photos sprinkled throughout, full of information not to be easily found elsewhere. An excellent annotated bibliography and index round out this recommended title.
—American Indian Libraries Newsletter

From the earliest contacts with whites, American Indian people have had to rethink and renew their spiritual traditions in the face of an aggressive, material culture that had little respect for native beliefs. Arranged chronologically, the book profiles 13 leaders who led their people on the spiritual path, some staunchly resisting change and preaching a return to traditional values, others developing a synthesis of native and white religious beliefs, still others simply following their own path as a shining example to their people. Many of these leaders are part of the revitalization movement that swept across the continent in the 18th and 19th centuries, culminating in the Ghost Dance religion and the tragedy at Wounded Knee. Together, these 13 profiles, ranging from 17th century New England to 20th century southern California, provide a sweeping overview of Native American spiritual strength through four centuries of interaction with white culture.