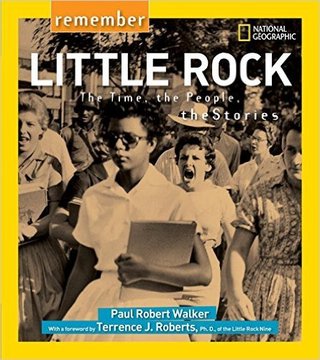 I offer an in-depth presentation of the Little Rock desegregation story, using many of the dramatic images from the book. Suitable for high schools, middle schools, libraries, and professional conferences. Please contact me at the link below for further information. 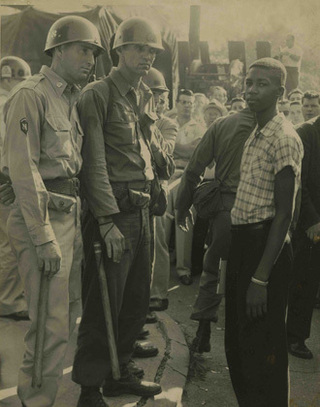 Terrence Roberts, age 15, facing the Arkansas National Guard on September 4, 1957. When we looked at this photo together, Terrence told me, "I can't believe how calm I looked on the outside. I didn't feel calm on the inside." 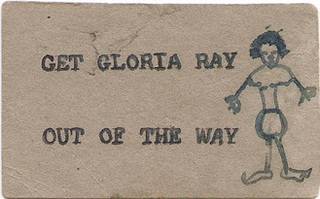 Gloria Ray (Karlmark) found this card on her seat after Minnijean Brown (Trickey) had been expelled in February 1958. Gloria sent me this image from her home in Sweden, and it was published for the first time in my book. She told me that her mother kept it for her.

REMEMBER LITTLE ROCK: The Time, the People, the Stories 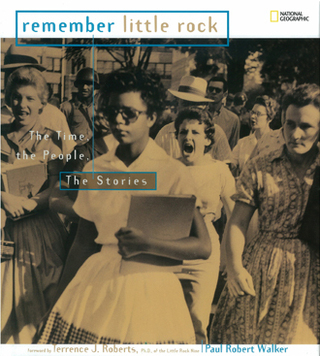 *Starred Review - School Library Journal, March 2009
This thoroughly researched and carefully documented look at a pivotal civil rights battle offers fresh insights into the people and events that played out over the course of one school year. What motivated nine black teenagers, commonly referred to as “the Little Rock Nine,” to integrate an all-white school in Little Rock, AR, in September 1957 is presented along with the politics of the community, the state, and the nation. The book begins as Elizabeth Eckford prepares for what she believes will be the first day at her new high school and ends nine grueling months later when Ernest Green, the only senior in the group, graduates. Specific students, teachers, members of the military, and other adults are identified and where possible quoted either from primary sources or from background interviews by the author. An introduction by Terrence J. Roberts, PhD, one of the nine students, adds further credence to the material. Carefully selected archival photographs support and clarify the text. An epilogue describes Little Rock’s ongoing school integration efforts. An annotated time line of the Civil Rights Movement, selected postscripts on key participants, and quote sources complete this thought-provoking and handsome book.

Booklist, February 2009
Based on interviews with many participants as well as a wide array of published sources, Walker’s day-by-day account of the struggle to integrate Little Rock’s Central High School in 1957 offers readers an authoritative review of events as well as an engrossing narrative that highlights the episode’s high emotions, its historical significance, and the courage of those nine intrepid students and their supporters. The author includes a harrowing look at the continuing harassment that the Little Rock Nine and their families suffered well beyond the next year, then closes with an overview epilogue, a civil rights time line, and a set of postscripts for major figures. Illustrated with an array of news photos and yearbook portraits, and distinguished from most other versions documenting these events by its tempered treatment of the usually villainized Arkansas governor, Orvel Faubus, this thought-provoking study makes an excellent alternative for younger or less-able readers to Judith Bloom Fradin’s more detailed The Power of One: Daisy Bates and the Little Rock Nine (2004).

From the book jacket...

It is September 1957. The place is Little Rock, Arkansas, where nine black students are attempting to integrate the up-to-now all-white Central High School.

The highest court in the land says it is their constitutional right to attend the school. The chanters clearly say blacks are not wanted. The events that followed shocked the nation.

Little Rock became a battleground between state and federal forces and between supporters and opponents of integration. Governor Faubus mobilized the Arkansas National Guard to surround Central High and keep the black students out. In response to this defiance of federal law, President Eisenhower ordered troops of the 101st Airborne to take control of the school and ensure that integration took place.

Caught in the middle of this conflict were nine brave, bright, and committed black students. Known and honored today as the Little Rock Nine, they suffered daily abuse and threats from a relatively small group of segregationist students whose actions likely reflected their parents’ attitudes more than their own. Caught, too, were the other white students. A handful of these stood up and supported the black students and, in turn, became targets of segregationist hatred. Most were part of a much larger silent majority, who tried to pursue their own education in a challenging and often chaotic environment.

Paul Robert Walker has thoroughly examined a wide range of material on the Little Rock crisis, including newspaper coverage, television footage, audio tapes, books, and manuscripts. He has interviewed many participants—white and black—and attended all the events of the Central High 50th Anniversary Celebration in September 2007. In Remember Little Rock he offers a new perspective on this pivotal civil rights event—one that will challenge you to think about how you would have acted if you had been a student at Central High in 1957. 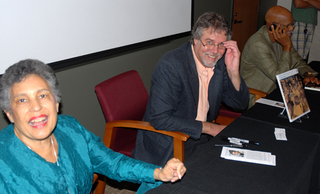 Signing books with Carlotta Walls LaNier and Terrence Robert of the Little Rock Nine...Little Rock, Arkansas, September 23, 2009. Sharing this experience with two American heroes whom I am fortunate to call my friends was one of the proudest moments of my life. 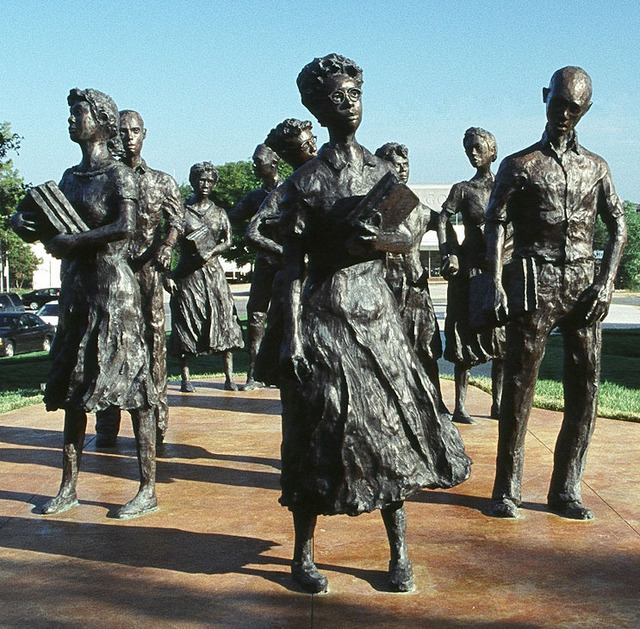 "Testament," a life-sized bronze sculpture by John and Kathy Deering on the grounds of the Arkansas State Capitol. 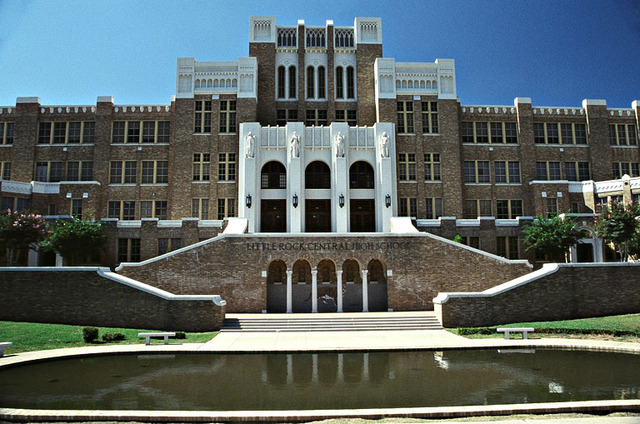 Little Rock's Central High School, still as beautiful today as when it was built in 1929. To the Little Rock Nine, it seemed like the Promised Land — but the promise proved more dangerous and elusive than they expected.