I have a limited number of copies of this book which I am willing to sign and sell for the original retail price of $5.00 + $5.00 S&H. E-mail me with your name, address, # of copies, and name(s) you'd like them signed to, and we can arrange payment. 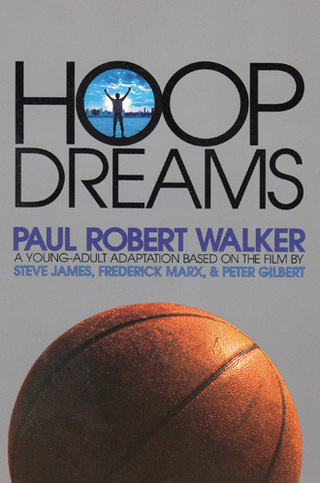 A Young-Adult Adaptation Based on the Award-Winning Documentary Film by Steve James, Frederick Marx, & Peter Gilbert

To fourteen-year-olds Arthur Agee and William Gates, basketball means literally everything. Their only escape from the grim streets of Chicago’s ghetto is onto the neighborhood courts, where they and their friends dream of playing for the NBA. For most it’s nearly hopeless, but Arthur and William are different: barely out of grade school, they already display the raw potential that just might make their dreams come true.

Adapted from the award-winning documentary film, Hoop Dreams tracks these two young men for almost five years as they struggle to turn playground skills into the kind of basketball mastery that could earn them college scholarships—and maybe even a place in the pros. A story of hardship and determination, Hoop Dreams is as fast-moving, exciting and suspenseful as a hard-fought, down to the buzzer championship game.