WHO INVENTED THE GAME? 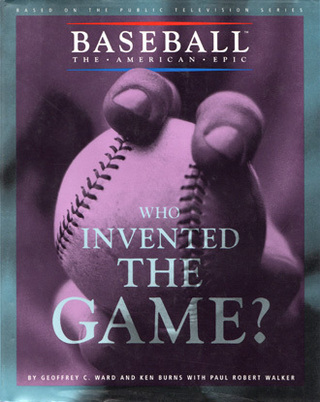 • Based on the Public Television Series BASEBALL: The American Epic

San Diego Union-Tribune, October 2, 1994
. . . a small masterpiece . . . condenses five generations of the national pastime into 80 pages, dispensing of the title question in the first two.
A graceful writer, Walker moves seamlessly from the 1845 Knickerbockers to the Black Sox scandal to the new Dodgers stadium in Los Angeles; from Candy Cummings to Ty Cobb to Babe Ruth to Satchel Paige to Roger Maris. The book tracks Burns’ documentary inning by inning, providing a look at baseball without whitewash or excess glorification. Yes, it was grand, but it was also sordid and racist and sometimes corrupt.